Lorna Simpson has been making waves in the world of conceptual art since the 1980s. Originally hailing from Brooklyn, New York, and artistically trained in San Diego, Simpson’s work uses an eclectic mix of archival photography, paper collage, text, and ink drawing to mine American history for insight into the ambiguities of the country’s racial and gender identity.

Simpson’s exhibitions have been featured in America’s major centers of modern art – from the Museum of Modern Art and the Guggenheim in New York City to the Walker Art Center in Minneapolis – as well as throughout Europe. She is currently featured at the newly re-opened Whitney Museum of American Art in Manhattan, with work spanning over two decades from 1990 to 2012.

The Whitney selection showcases many of the themes that Simpson has spent those years exploring. Her sparse, sepia portraits depict women with anonymity – we see only the line of a shoulder blade or the sweep of a collarbone. This universalizes their bodies but also confronts us with an almost unnerving intimacy. These photos are then interwoven, thematically and literally, with the artifacts of a dark history – braids of hair, lonely shoes, empty dinner plates, and abandoned slave quarters.

In her later work, especially her portraits and collages, she expands upon many of these motifs. “Head Series” from 2008 is perhaps the most restrained and enigmatic, with flat ink portrayals of women presented as floating busts, their faces turned away from the viewer – whether bashfully or rebelliously, we are not sure.

The 2011-2013 series “Ebony Collages,” “Jet Collages” and “Aspen Collages” take this basic portraiture structure and flesh it out further. The disembodied heads remain, although they now take the form of cutouts from 1950s magazines. Simpson adds great washes of ink in all colors that grow out of the women’s scalps in halos, clouds or writhing tentacles. The use of newspaper text from the civil rights era creates a jarring contrast with the poses of the glamorous models – their glances are wistful, smirking and even ironically seductive, feigning control while hinting at the epochal struggle just underneath the surface.

While Simpson touches on repeated themes throughout her body of work, she shows herself at home with using an impressive diversity of visual techniques, from large scale photography to intimate sketches or abstract ink portraits. Nor does she show any signs of slowing down. 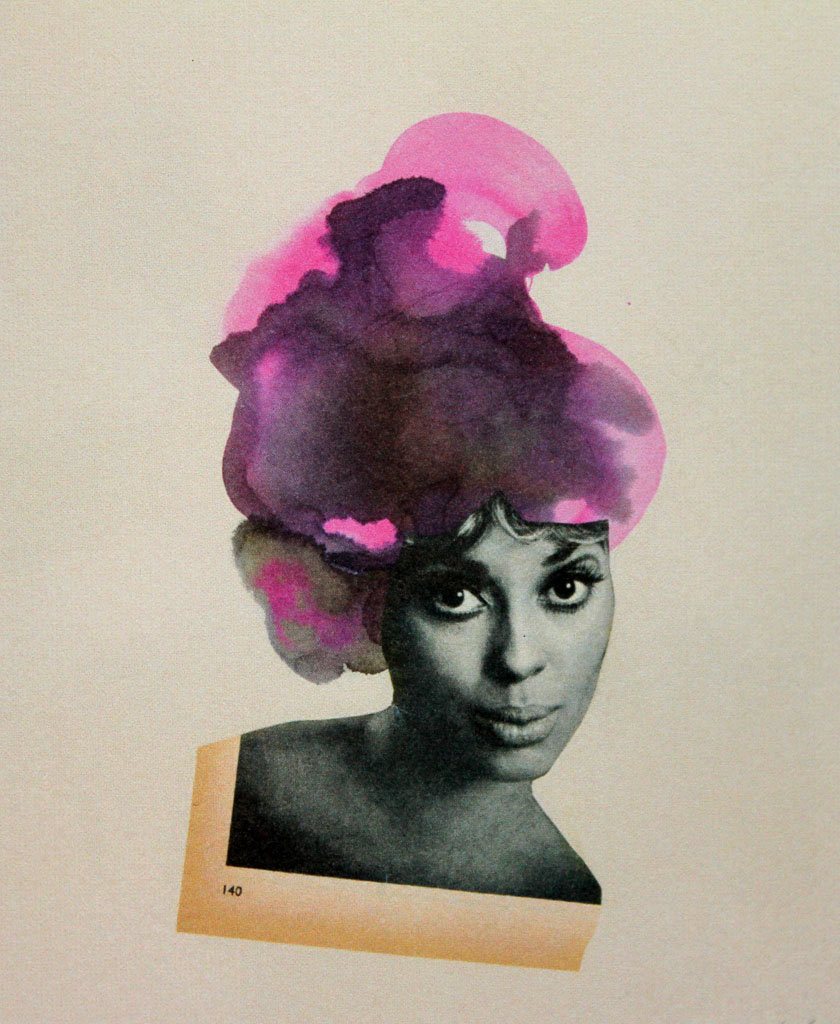 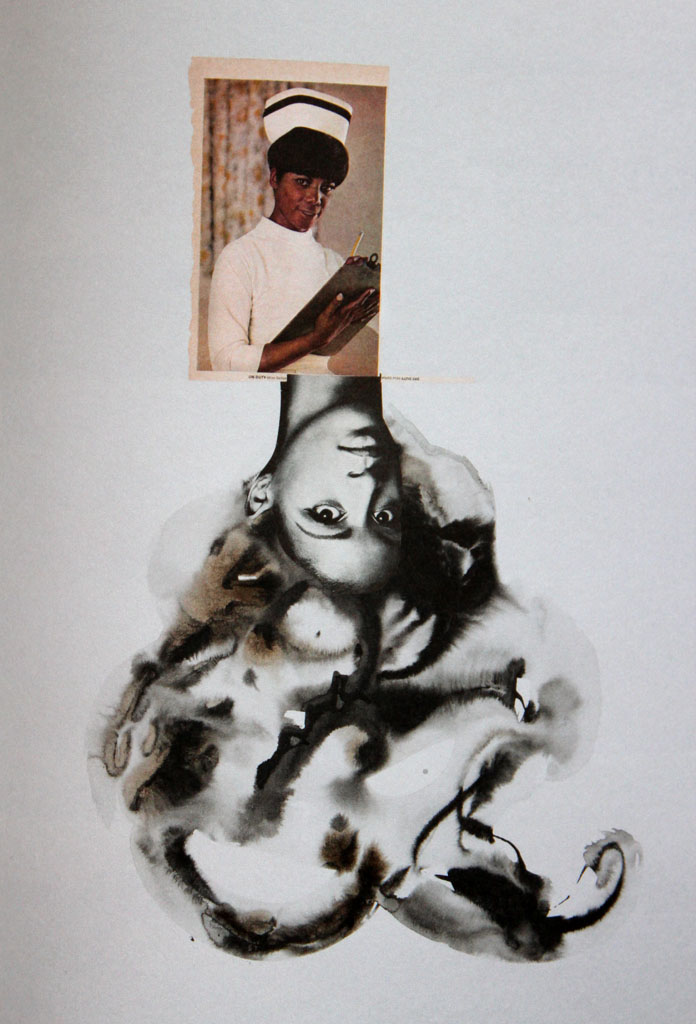 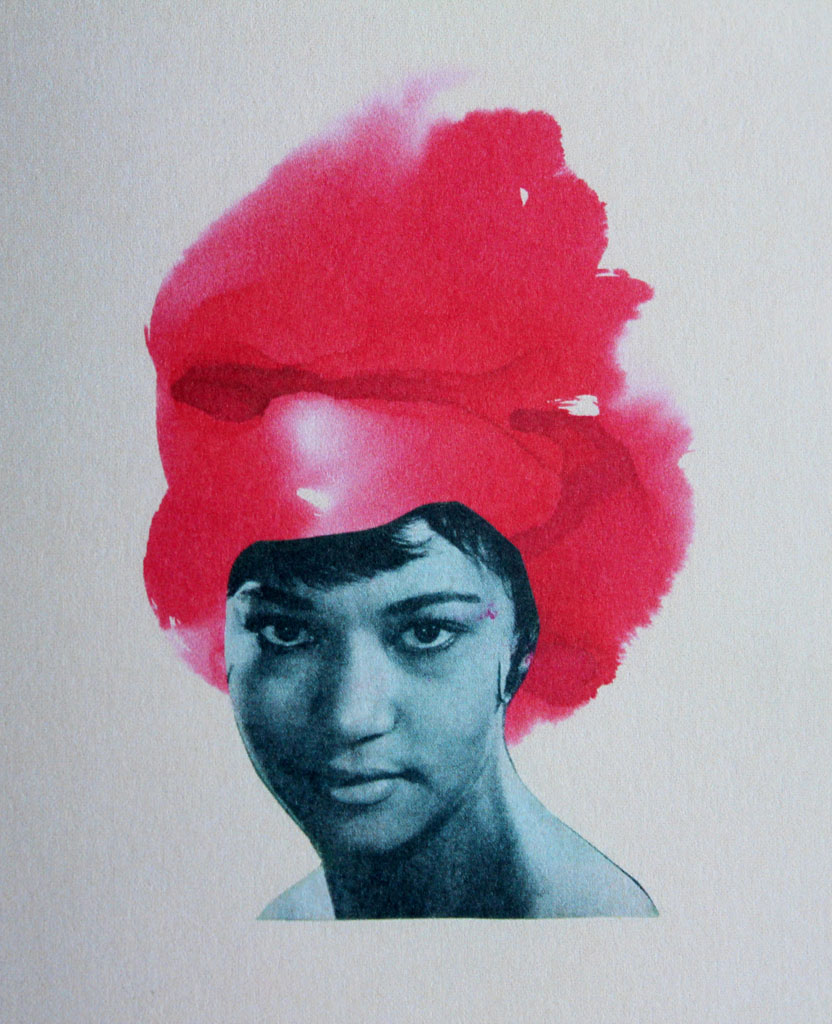 Check out Lorna Simpson’s full range of work at her website, or visit her exhibition at the Whitney Museum in New York!

And find more excellent and ambitious work by artists you’ll grow to love with IPaintMyMind’s Features, or by signing up for our weekly newsletter.